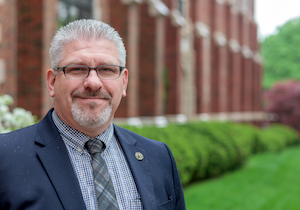 After graduating from St. Paul’s Jesuit High School in Winnipeg, Carruthers earned a B.A. from the University of Manitoba/St. Paul’s Jesuit College and a B.Ed. from the University of Manitoba. In addition, he has completed the Jesuit Schools Network (JSN) Seminars in Ignatian Leadership, and earned a Masters of Science in Educational Administration from St. Joseph's University (SJU), the Jesuit university in Philadelphia, as part of a collaborative cohort between the JSN and SJU.

Tweets by sluhpresident
Powered by Finalsite