While our Ignatian identity and heritage provide a powerful foundation for the value that SLUH places on diversity, our long history, like that of our nation itself, also contains shameful episodes that, in calling us to atonement, shape and heighten our sense of mission.

According to The Jesuits of the Middle United States (1938), written by Gilbert J. Garraghan S.J., “Most of the Jesuit houses in Missouri before the Civil War appear to have made use of slave labor at one time or another.” Indeed, slaves worked the farm at the St. Stanislaus, the former Jesuit seminary in Florissant.

For more than half of its history, SLUH denied admission to African American students. 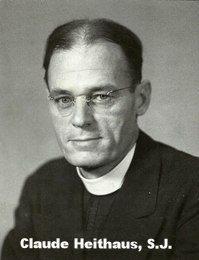 One bright spot in this dispiriting legacy is the story of Claude Heithaus, S.J. A 1916 graduate of Loyola Hall, a branch campus of SLUH, Heithaus joined the Jesuits after high school and, after studying anthropology at the University of London, eventually became a professor at Saint Louis University. In February 1944, Heithaus delivered an impassioned sermon at St. Francis Xavier (College) Church, denouncing racism and urging the integration of the university. Though Heithaus was removed from his post at the university as a consequence of this controversial public statement, the university did admit five African Americans the following semester (view article in St. Louis Post-Dispatch).

As researched by Jack Sullivan ’14, John Carter was a transfer student who had been turned down by another local Catholic school because he was black. Al G. Thomas entered SLUH as a freshman in the same year. Carter eventually left SLUH before graduating, but Thomas graduated in 1950, becoming the first African American alumnus.

According to his senior yearbook, Thomas’s favorite subject was English, and he served as Fr. Kelley’s Assistant for Intramurals. Although Thomas and many of his classmates are no longer alive, two of his classmates do remember him as “a pleasant guy” whose family owned a grocery store and who went out for the football team his senior year but had to quit early in the season because his father was ill.

Much of Al Thomas’s story has unfortunately been lost. Our failure to preserve his experience and honor him while he was alive is one measure of the institutional blindness that has at times marred our history. Nevertheless, we are proud now to publicize his name and photograph as a testament to his courageous participation in our history.

Click here to read an essay by Jack Sullivan '14 reflecting on Thomas, Carter, and the history of SLUH.

In October, 1991, SLUH’s Board of Trustees adopted a Minority Action Plan that specifically affirmed the school’s commitment to the African American community of St. Louis. The plan called for increased recruitment of minority students and faculty, with a particular emphasis on African Americans, given their demographic prominence in the St. Louis region. The plan also focused the school’s institutional emphasis on programs to support minority students at SLUH through programs such as the Organization for Black Achievement and through the eventual creation of a Director of Diversity position. 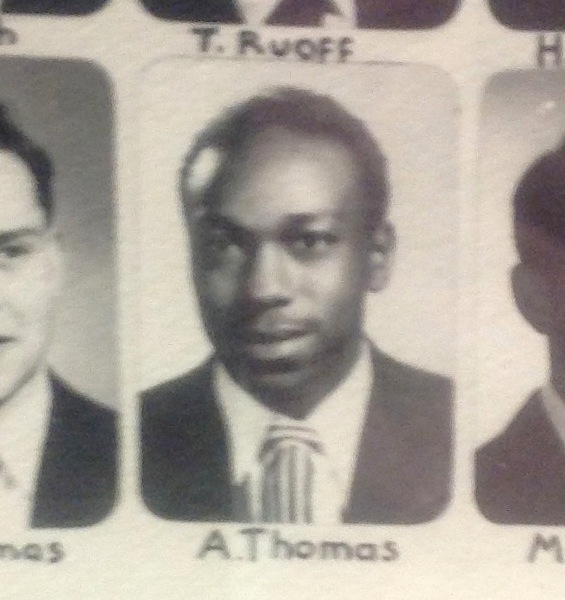