Share to FacebookShare to TwitterShare to LinkedInShare to PinterestShare to Email 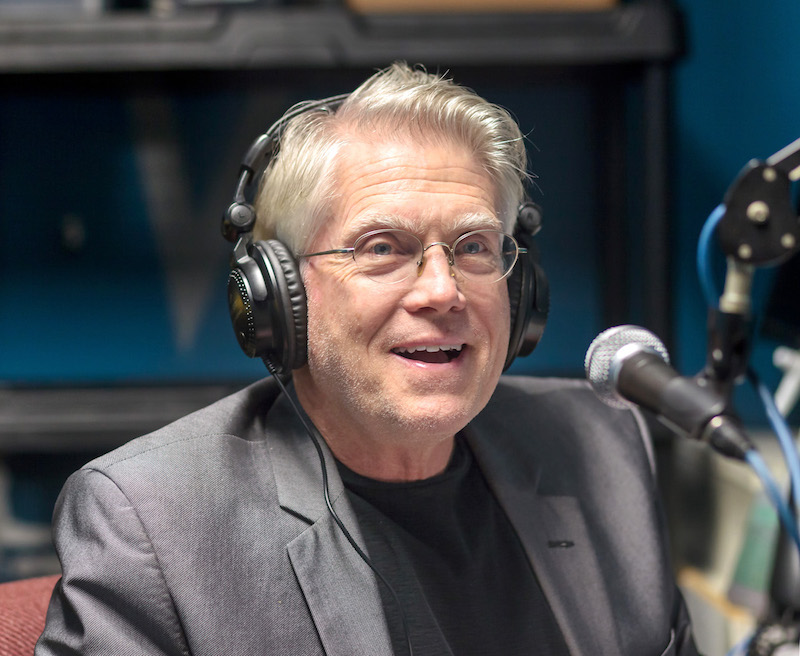 When St. Ignatius wrote his autobiography, he reflected on his life and realized it was something far deeper and more meaningful than a journey. He was a pilgrim, and his entire life had been a pilgrimage – a revelation from which we can all learn.

In first grade, Jim Linhares, SLUH Assistant Principal for Mission and host of the school's Insignis podcast, had a nun who gave him a prayer book about meditation on the sufferings of Jesus. She told him every time he met somebody suffering, he was meeting Jesus.

“It had a profound effect on me, even at that age,” says Linhares, who grew up in Florissant. “It compelled me to stand up for a classmate who was getting picked on in grade school. Years later I saw that same classmate and he remembered me and was grateful.”

Linhares recently told this story, and many others, to seniors at a class meeting as part of an exercise he refers to as a lifetime Examen.

“St. Ignatius teaches us that our life is a journey, but it can become a pilgrimage,” says Linhares. “Each day at SLUH we review our day through the Examen with attention to what Ignatius called ‘spirits,’ and we see things that rise within us that strike our hearts and minds. Some of it can be disorienting and sad, yet some of it is uplifting and joyful. As we revisit those movements in prayer, we get a sense of richness in our day.

“After many repetitions of the Examen, the journey we’re on reveals deeper meaning and begins to present itself through destinations and graces that we seek, and pitfalls that we become better prepared to avoid. We realize that there’s not only a journey, but also a destination.”

The prayer book Linhares received as a boy formed his devotional faith – a deep sense of piety and reverence that was balanced in the 1960s with the Second Vatican Council, when intellectual curiosity, challenging questions and a conviction that Christ is revealed in every face and culture came to the fore.

“I had many progressive teachers who gave me contemporary, different ways of thinking about faith,” he says.

After earning graduate and post-graduate degrees at Saint Louis University and Fordham University, respectively, Linhares began his journey at SLUH in 1983. In addition to teaching English for three years and theology for 27 years, he coached track and cross country, earning four state championships and Hall of Fame recognition by the Missouri Track and Cross Country Coaches Association.

In 2015, Linhares published a book – Tradition Class Pride: Building a Cross Country Dynasty – that he co-wrote with Ben Rosario ’98, who he had coached at SLUH. Following an All-American college running career, Rosario became an assistant coach to Linhares at SLUH, a professional runner, Olympics qualifier, shoe storeowner and professional coach.

“Kind of like Ignatius, I had the privilege to look back and realize that my coaching career really had been a pilgrimage,” says Linhares. “I learned that I hadn’t been building a program in search of state titles, but rather, I was seeking to build a community that believes in something higher than itself, higher than wins-losses, in loving one another and serving God. That was what the cross country program was all about.”

Linhares transitioned from teaching in 2008 to adult formation as Assistant Principal for Mission. In his current role, he provides support for faculty and the school’s Jesuit, Catholic identity.

“I feel blessed to accompany teachers on their journeys because we can share stories, reflect and sound out those spirits that they need to look at and listen to as they move forward,” says Linhares, whose sons Andrew '04, David '08 and Will '10 attended SLUH.

As the number of Jesuits has declined over the years, SLUH has added programming to punctuate its religious identity. For instance, the school now has a daily Examen, notably expanded student retreat and community service programs, a Jesuit-inspired retreat for new employees, and alumni Manresa groups focused on Ignatian spirituality, among many others.

It is because of this deepened focus on mission and identity, coupled with lay leaders like Linhares, that some say SLUH today is more Ignatian than ever.

His presentation to the senior class personified the Jesuit charism embodied at SLUH, as he encouraged Jr. Bills to develop an awareness of and openness to God’s grace in the midst of “all things” and in everything they experience, particularly in the inner movements of their hearts and minds, so they can discern a unique, creative, free and loving response to God and to others.

He spoke about selflessness, gratitude and humility with incredible passion, articulation and authenticity. It was moving and empowering – even Ted Talk-esque – as he went deep into his life journey, which, through soulful reflection of the trials and triumphs, revealed itself as a pilgrimage. 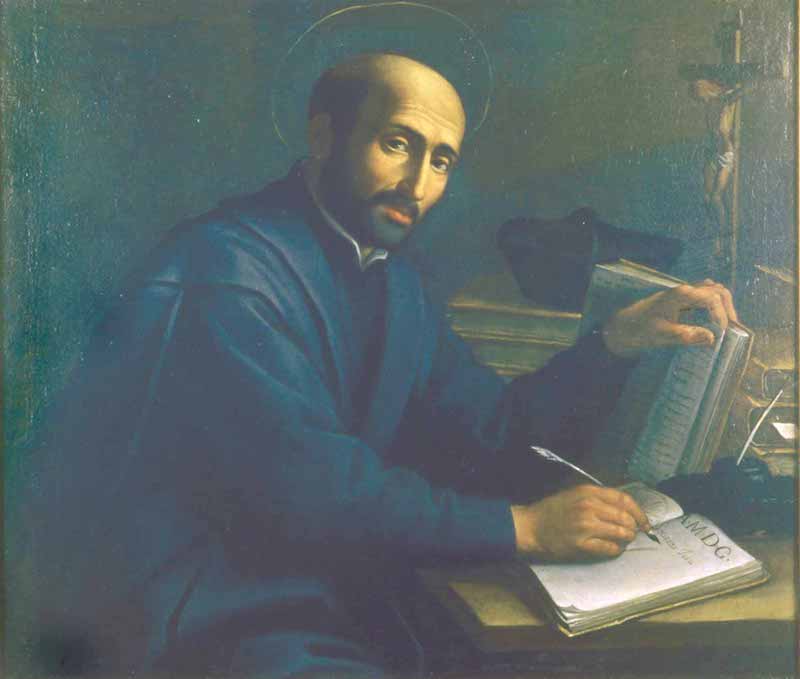 Each school day, SLUH students, faculty and staff dedicate two minutes of reflective silence to the Examen of Consciousness. This simple exercise, inspired by St. Ignatius of Loyola, founder of the Society of Jesus, is a daily method of self-examination intended to help practitioners better serve the Lord.

1. Recall that you are in the presence of God. "God, I believe that at this moment I am in your presence and you are loving me."

2. Ask for help from the Spirit. "God, you know my needs better than I know them. Give me your light and help as I review this day."

3. Review your day. "God, help me to review the events of this day in order to recognize your blessings and my shortcomings."

4. Ask for pardon and give thanks. "God, I ask your forgiveness for my failings and I thank you for all your blessings."

5. Resolve to listen to God's voice. "As I look forward to the rest of this day make me aware that you are with me, show me how to become the person you want me to be."