Share to FacebookShare to TwitterShare to LinkedInShare to PinterestShare to Email
District: SLUH XC Qualifies For 30th Straight State Meet 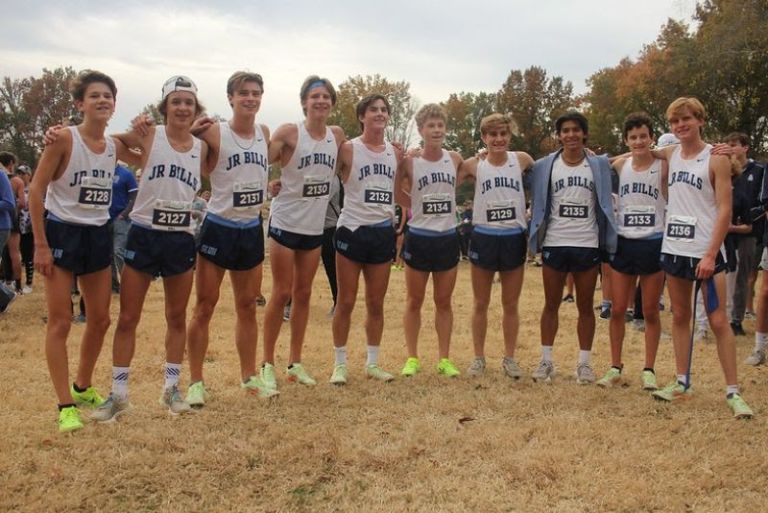 Congratulations to the program for their 30th consecutive qualification to the MSHSAA State Championships, a streak that originated in 1993. Thanks to the many parents and team members who came out to Arnold Park to support and cheer on the Junior Billikens. It was great to see such an incredible crowd! We scored 73 points, second place behind Jackson's 35 points.

The name of the game in a District race is to survive and advance, and that's exactly what we did. On the strength of their smart first mile, Jackson earned a decisive District victory. Our runner-up performance left us clear of every other team, including all St. Louis teams, to earn our qualification to next week's State championships. Tim Greiner led the way with his First Team All-District performance in 5th place, which was also a PR time performance. Nolan Meara earned Second Team All-District honors in 8th place. Nolan and Will Riggan also PR'd.

The stage is now set. On to State!