Racquetball is a very unique sport, one with which many high school students aren't too familiar. 98% of SLUH Racquetball players had not played - or even heard about racquetball - before joining the team. Yet, we have developed a program of over 80 players annually because of the exciting sport that it is.

Here are a few reasons to consider playing racquetball:

For more information or to get involved, contact Coach Deves (sdeves@sluh.org).

“I play racquetball because it keeps me in a competitive environment that I enjoy. I was cut from freshman soccer, but I still wanted to play a sport, so I joined the racquetball team. Since then, I've learned to practice hard and commit to the sport to nurture my abilities. Racquetball creates for me a fun environment in which I can express my love for sports and competing. For me personally, racquetball has created a loving community that has nurtured several relationships. Whether it be with a coach, a teammate or anybody else associated with the team, I've been able to learn more about the people around me and myself. The relationships I've formed also help me to stay even more committed to the sport.”
- Riley McEnery '18 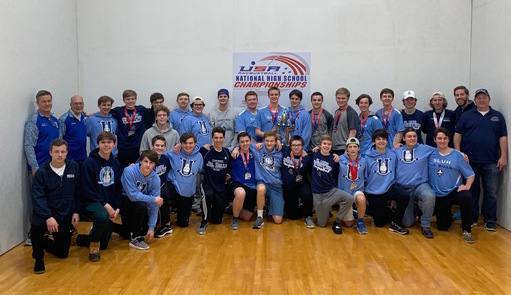 This is the team's 9th consecutive and 13th overall National Championship! 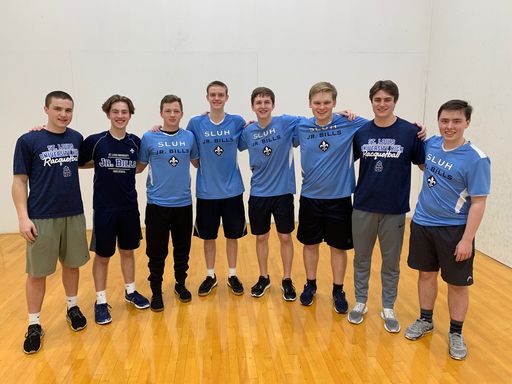 After narrowly falling short last year, SLUH Racquetball is back on top! On Saturday, the Varsity team won 6 of the 7 brackets on their way to being declared Sate Champions! This is the team's 19th State Title in school history. 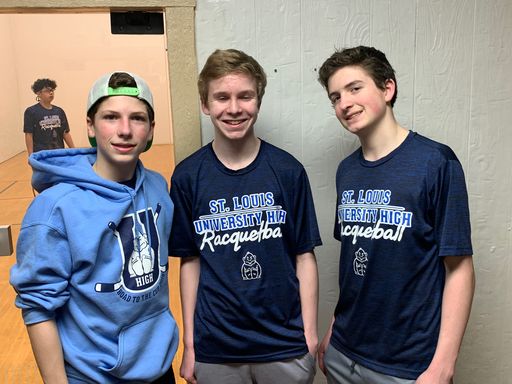 With a perfect sweep across all divisions, the SLUH JV3 Racquetball Team wins their State Championship!