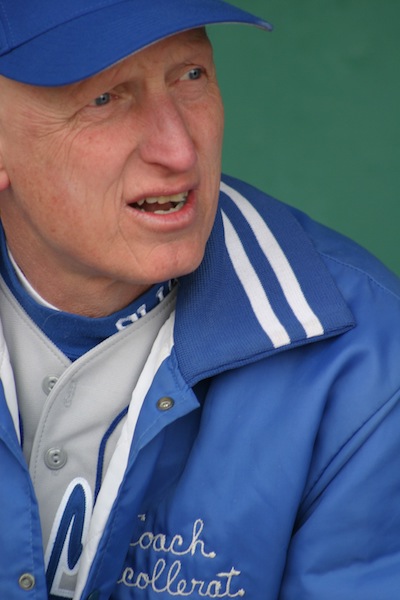 This year SLUH celebrates 100 years of baseball, marked by legendary players and coaches, dramatic victories and life-changing team experiences. For 100 years, baseball at SLUH has been an important instrument for molding boys in to "men for others" by teaching discipline, teamwork, perseverance and unbridled love for the game.

The event culminated with Athletic Director Chris Muskopf '91 announcing the retirement of Nicollerat's jersey, #14. The former coach, who recently retired from coaching after 39 years with SLUH's program, received a special commemorative jersey. 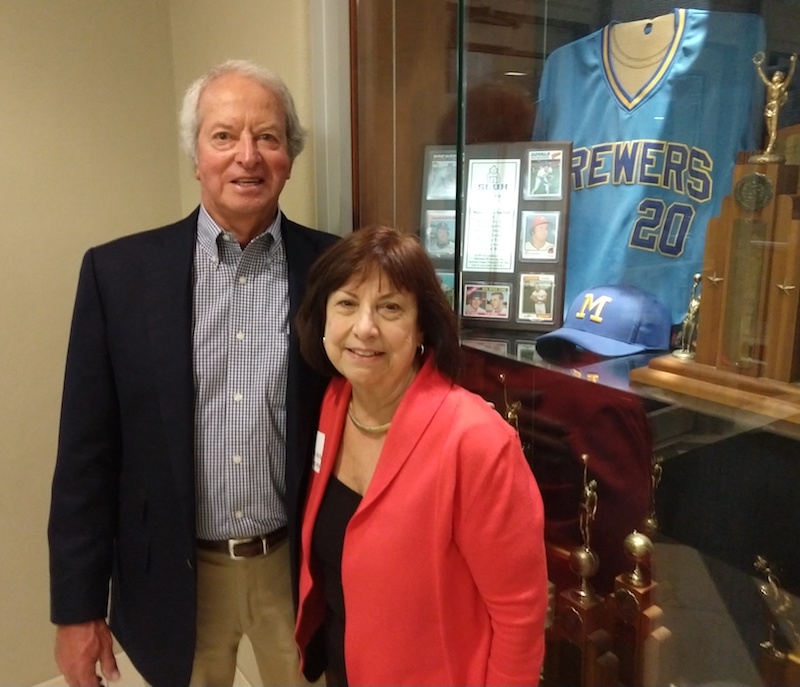 Ken Sanders '59, whose baseball career included a stint with the Milwaukee Brewers, was one of many alumni who attended SLUH's baseball centennial reception.