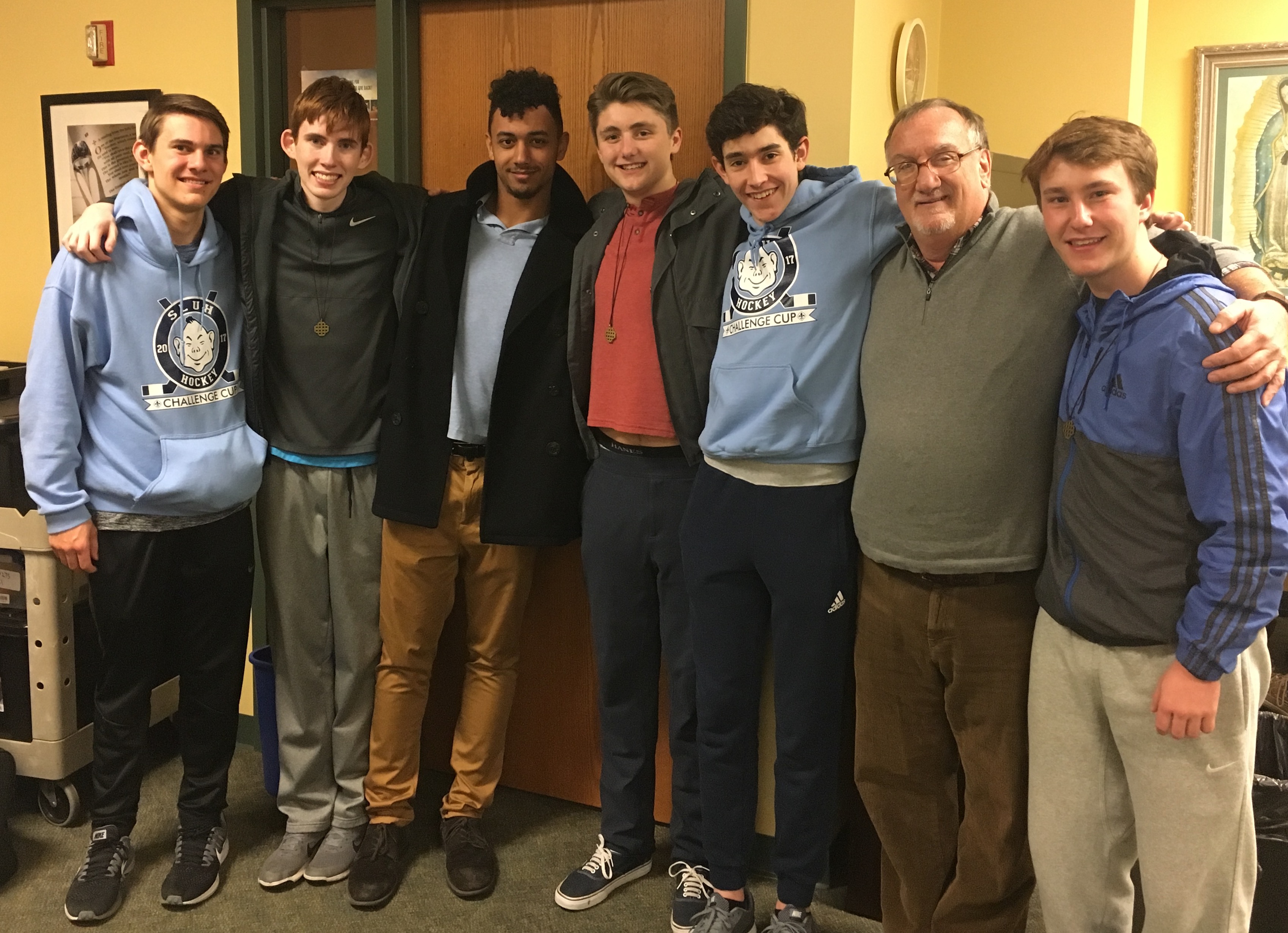 Kairos is a four day, three night, student-led retreat in which students join faculty for prayer, community, liturgy, quiet reflection, and reconciliation. All Kairos retreats begin at SLUH at 4:00pm and conclude around 7:00pm on the fourth day of the retreat. OPEN TO JUNIORS AND SENIORS

Seniors can elect to attend one of three Kairos retreats.

The November retreat is held during the first "Retreat Week," a time when no classes are scheduled. During that same week, Senior Advisors are the leaders on Freshman Retreat and, as a result, cannot attend the November Kairos. The Kairos retreats in January are run simultaneously at different retreat houses. They are each excused absences from a student's Senior Project.

For seniors, the cost of attending Kairos is $50, a fee that covers a portion of the total cost. Speak with Mr. Gilmore if the cost is an issue. It is the school's philosophy that cost never prohibit a student from attending a retreat.

Additionally, seniors who have already been on Kairos are eligible to lead all five Kairos retreats. Beginning in June 2019, applications will be accepted from Kairos alums from the Class of 2020 to lead one of the five retreats for the 2019-20 school year. Contact Mr. Gilmore to receive an application. Applications will be considered on a rolling basis, so turn in your application as soon as you can.

Juniors have the choice between one of two Kairos retreats, each of which would fulfill his Junior Retreat Requirement.

Download and print any permission slips or expected absence planning forms you see. Completed permission slips can be returned to Campus Ministry at any point after you register. Expected Absence Planning Forms should be completed and turned in during the week previous to the retreat.

As a courtesy to other students, if you are no longer attending a retreat you signed up for, please repeat steps 1-5 and then click the "Cancel sign up" button.