Tom Berra '85 fired a shot to 20' on the 9th green at the Bogey Club, and watched as his other seven competitors in the Shootout tried to best his shot. When they could not, Berra had something to celebrate: the keys to a new 2019 Lexus ES 350.

Meanwhile, the team of Ed Costigan '60, Ed Dickinson, Stephen Lestmann '05, John Roth '98, and Joe Stieven '78 took home the team championship, a familiar scene for them all. Costigan has been on the winning team six out of the event's eight years, while his partners each added their fifth victory at the Scholarship Golf Classic.

The evening program included a reflection by SLUH senior Irfaun Karim, who expressed his gratitude for the opportunity to be a Jr. Bill.  Together, the participants and sponsors (listed below) joined together in raising over $200,000 for the financial aid program of St. Louis U. High. 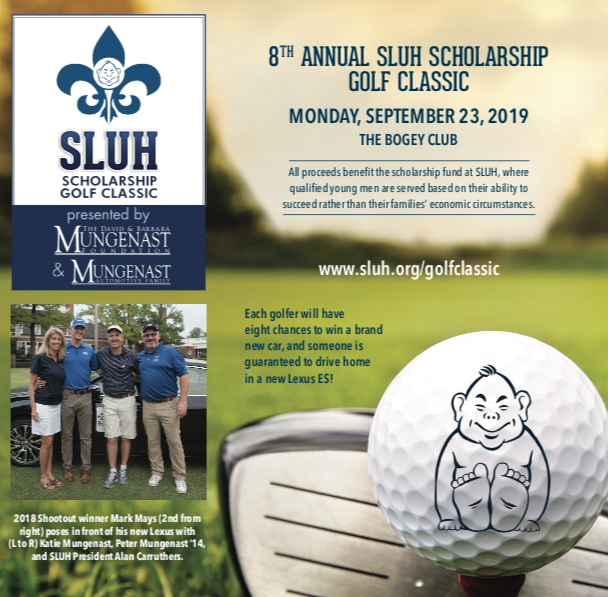